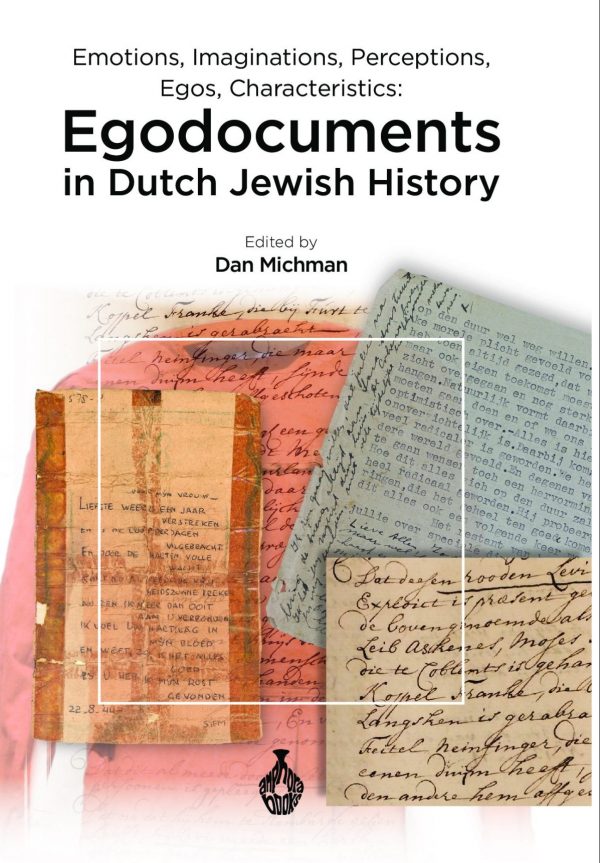 Over Egodocuments in Dutch Jewish History

“Egodocuments” is a term coined by the Dutch Jewish historian Jacques Presser in the 1950s. He defined them as “historical sources in which the researcher is faced with an ‘I’… as the writing and describing subject with a continuous presence in the text,” and demanded their integration into the “acceptable,” authoritative array of sources. Seventy years later, historiography in general has embraced his view regarding this type of source material, which sheds light on the emotions, imaginations, perceptions, egos, and characteristics of individuals. Holocaust research has become a leading venue for using, researching, and analyzing egodocuments due to the enormous amount of such sources available concerning this event.

This volume comprises contributions presented in a symposium dedicated to “Egodocuments In Dutch Jewish History,” convened by the Center for Research on Dutch Jewry at the Hebrew University of Jerusalem in December 2017. They stretch from fascinating documents that give voice to eighteenth-century Jewish crooks, to puzzling twenty-first century writings of Jews – as well as of non-Jews who present themselves as Jews – with a special emphasis on Holocaust-related egodocuments.

Dan Michman is Professor (Emeritus) of Modern Jewish History at Bar-Ilan University, and Head of the International Institute for Holocaust Research and Incumbent of the John Najmann Chair for Holocaust Studies at Yad Vashem. Since the 1980s, he has served as a member of the Academic Committee of the Center for Research on Dutch Jewry, serving as Chairman of the Center in the years 2019-2021.

Annemiek Gringold: Voices from the Past, for Museum Visitors of Today

Tehilah van Luit: Between a Rock and a Hard Place. A Meeting with the Crooks of the Redhead Gang (1721-1727)

Irene Zwiep: Academic Egos; Institutions, Personalities and the Beginnings of Jewish Studies in the Netherlands (1946-1952)

David Wertheim: The Carl Friedman Affair: The Question of the Particularity of Jewish Egodocuments

Part III: Emotions, Imaginations and Perceptions as Reflected in Egodocuments Dealing with the Holocaust and its Aftermath

Selma Leydesdorff: “My parents were killed in Sobibior, but it feels as if I was there”: A Historian Encountering Imagination in Sobibor-Related Interviews

Manfred Gerstenfeld: Post WWII Zionist Movements in the Netherlands through the Lens of Interviews

Reina Rutlinger-Reiner: “Me? Second Generation?” A Personal Journey into Family History via Egodocuments