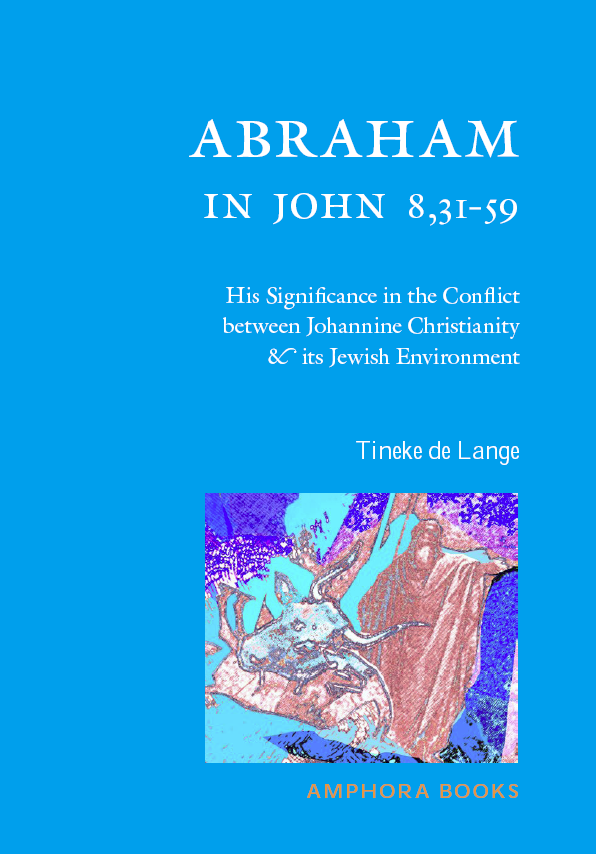 His Significance in the Conflict between Johannine Christianity & its Jewish Environment.

The topic of this doctoral thesis (Theology faculty, University of Tilburg) is John, 8,31-59, the Johannine representation of the discussion, or rather the dispute between Jesus and a group, which John identifies as Jews. In this quarrel the difference between Jewish-christian and jewish ideas and traditions crystallizes and becomes, at first sight, the sediment which did nurtune anti-Jewish sentiments within the early Christian communities. In John 8,44 the writer f.e. claims that Jesus’ opponents are children of the devil.

These fragments in the Fourth Gospel show that the Jewish-christians, just as their Jewish kinsmen claimed older traditions. They both maintained that Abraham was their father. This claim and the subsequent treatment of this theme in the Fourth Gospel has turned this selection into an exegetical revaluation of the Tenach/Old Testament.

Dr. Tineke de Lange seeks to prove that these verses in the Johannine Gospel are the result of an experience within the Johannine community itself, when some of its members left the group, fundamentally disagreeing with the radical Johannine Christology. They thought that the admonition to become free men an attack on their deapseated convictions and unwavering beliefs.

Tineke de Lange (1959) studied theology at the Catholic Theological University Amsterdam and graduated in 1987. She was a junior researcher at the UTP Heerlen and the Tadbound University Nijmegen. Dr. de Lange was an advisor, editor and writer of materials for religious education in primary schools. Since 2002 she is a staff member of KRI, the Catholic Council for the Relations with the Jews (Utrecht) and secretary of the Commission for the Relations with the Jews of the Dutch bishops.