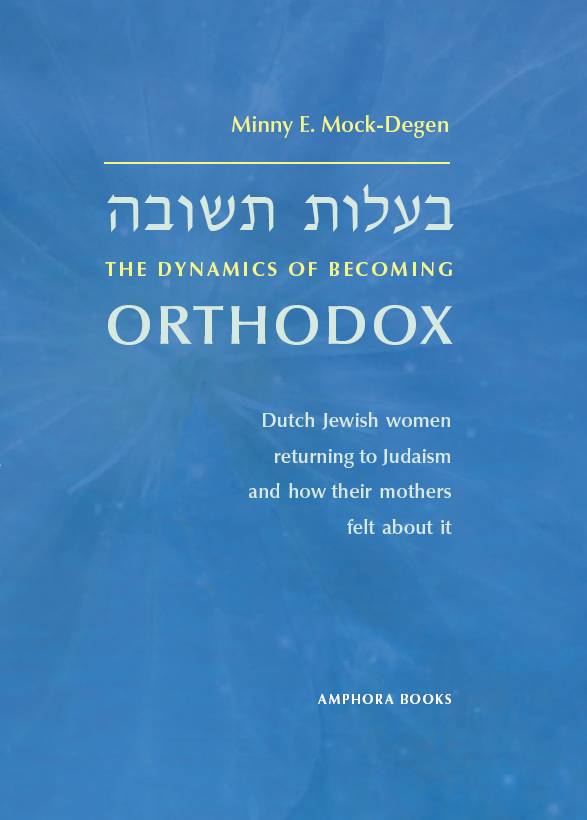 The dynamics of becoming Orthodox

The return to Judaism or the teshuvah experience emerged in the mid 1960s when young American Jews became involved in a spiritual search that eventually led them to discover and embrace Orthodox Judaism. It signalled the start of what would become a widespread phenomenon. Within a relatively short period, thousands of Jews in the United States, Israel, Britain, France, the Soviet Union, South Africa, the Netherlands and other countries committed themselves to Orthodox Judaism and became observant. A Jew who returns to Orthodox Judaism is known as a ba’al teshuvah; for a women the term is ba’alat teshuvah (plural forms: ba’alei and ba’a lot teshuvah respectively).

This study of ba’alat teshuvah in the Netherlands is a qualitative and exploratory investigation on how Dutch returnee woman and their mothers experienced, perceived and interpreted the return to Orthodox Judaism. In short: How do these returnees and their mothers feel about the religious intensification? In this context the research also pays attention to the ways in which the Dutch returnees became involved with Orthodox Judaism, how they found their religious niche and whether their becoming Orthodox impacted on intergenerational and multigenerational relationships.
Minny Evaline Mock-Degen (1945) grew up in the Netherlands, studied cultural anthropology at the University in Amsterdam, taught at SOSA (Stichting tot Opleiding Sociale Arbeid). In 1985 she emigrated with her family to Israel, where she started volunteering at a hotline for Orthodox woman and participated in a graduate program in clinical sociology at Neve Yerushalayim, under the auspices of the University of Texas. She later joined the research team of a pilot study in Israel which sought to explore how ba’a lot teshuvah and their secular mothers perceived the religious intensification and how it impacted on family relations. This participation led to undertaking research among Dutch returnees and their mothers which resulted in a doctorate thesis (2006) at the Hebrew University. This book is a revised and expanded version of Minny Mock’s doctorate thesis.